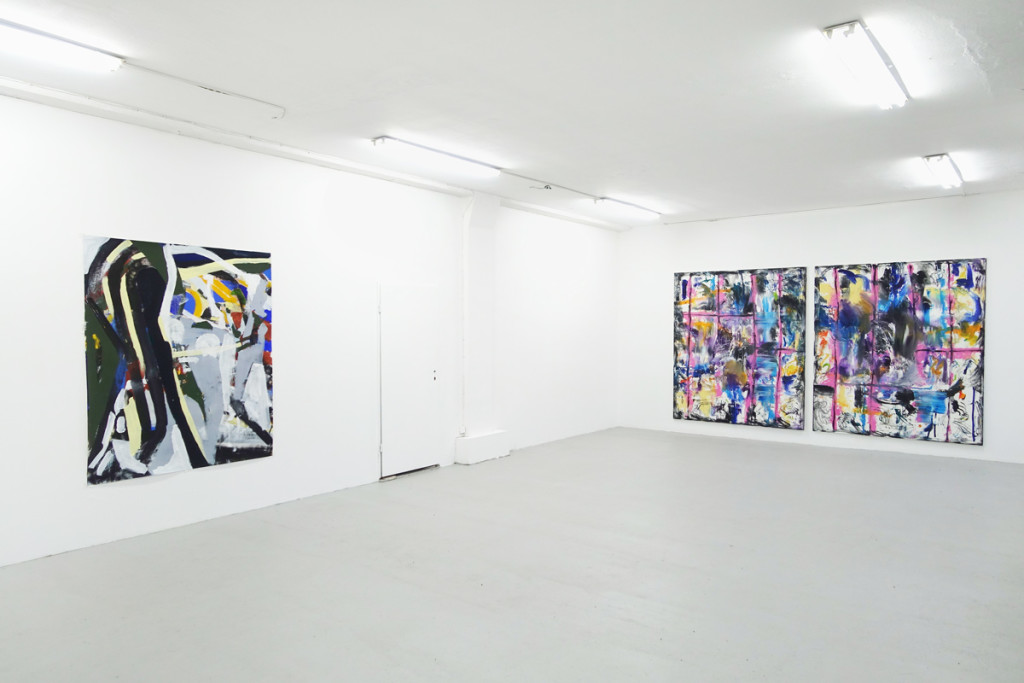 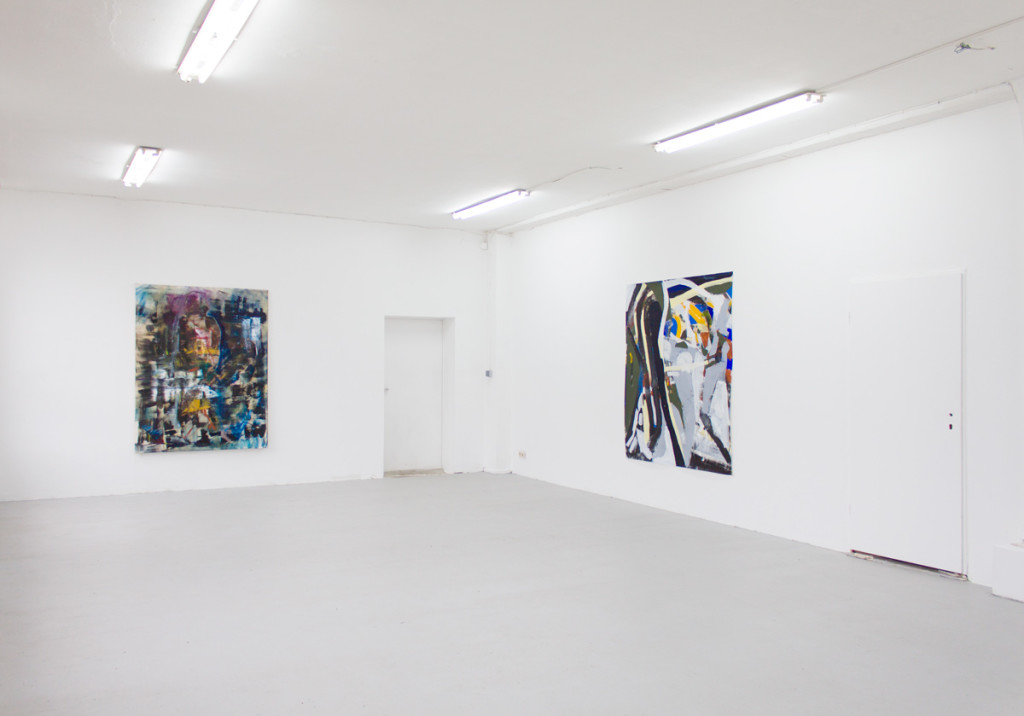 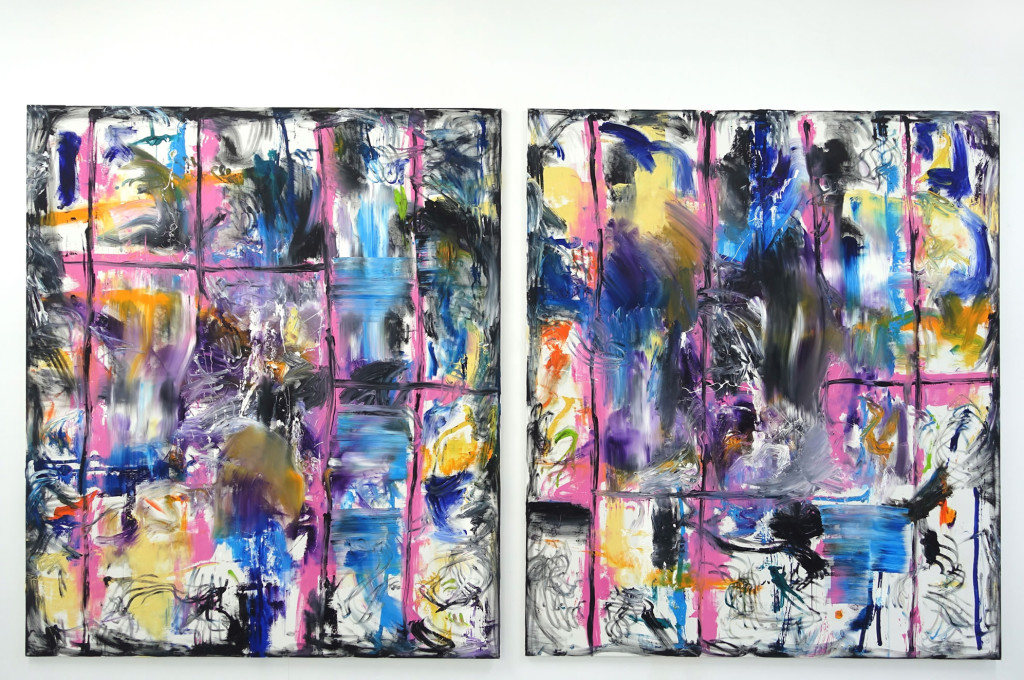 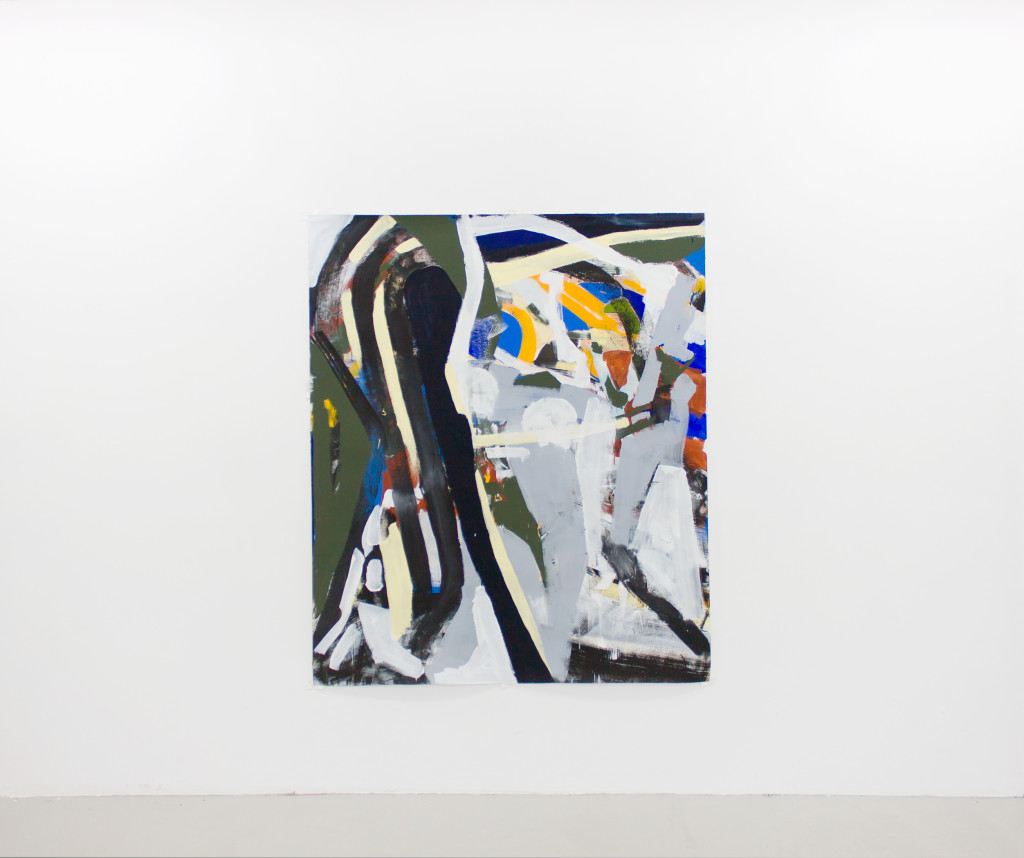 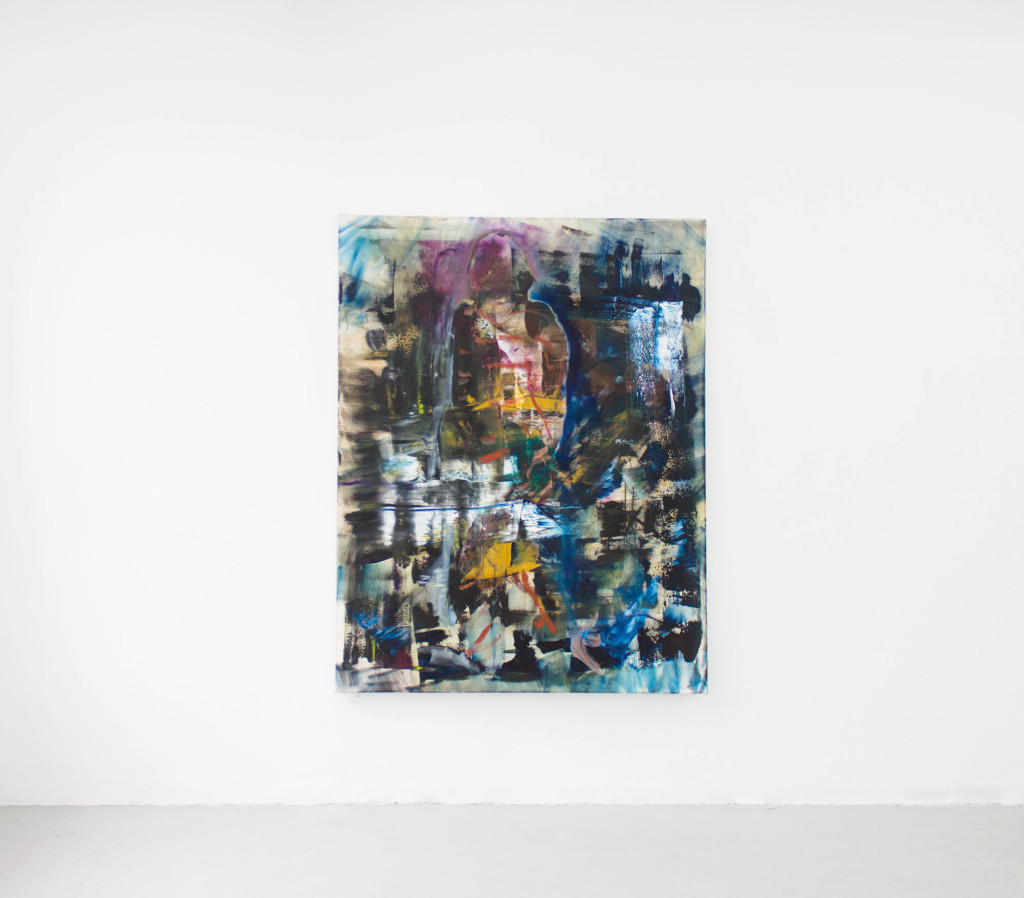 Robert Gfader, Michael Markwick, and Robert Muntean present three recent paintings at the nationalmuseum in Berlin. The title “Long Loud Silence” is taken from an old science fiction novel by William Tucker, but the project is not tied to the the post-apocalyptic novel. The appropriation of the title can be understood in different ways regarding the three artists’ individual positions, but it largely reflects their reality with the painting process. Gfader explores gesture, physicality, and pictorial space in the diptych “DSC00655.” In “Fractured View,” Markwick works with a visual combination of natural topography, urban elements, and skeletal references. Muntean breaks down the figure in “Pink Moon,” removing narrative and investigating abstract forms. All three artists enter into a kind of free play, where the parameters of abstraction and figuration are tested. These works ask for time, given their complexity and layers.

This exhibition was made possible in part thanks to support from the Mondriaan Fund.